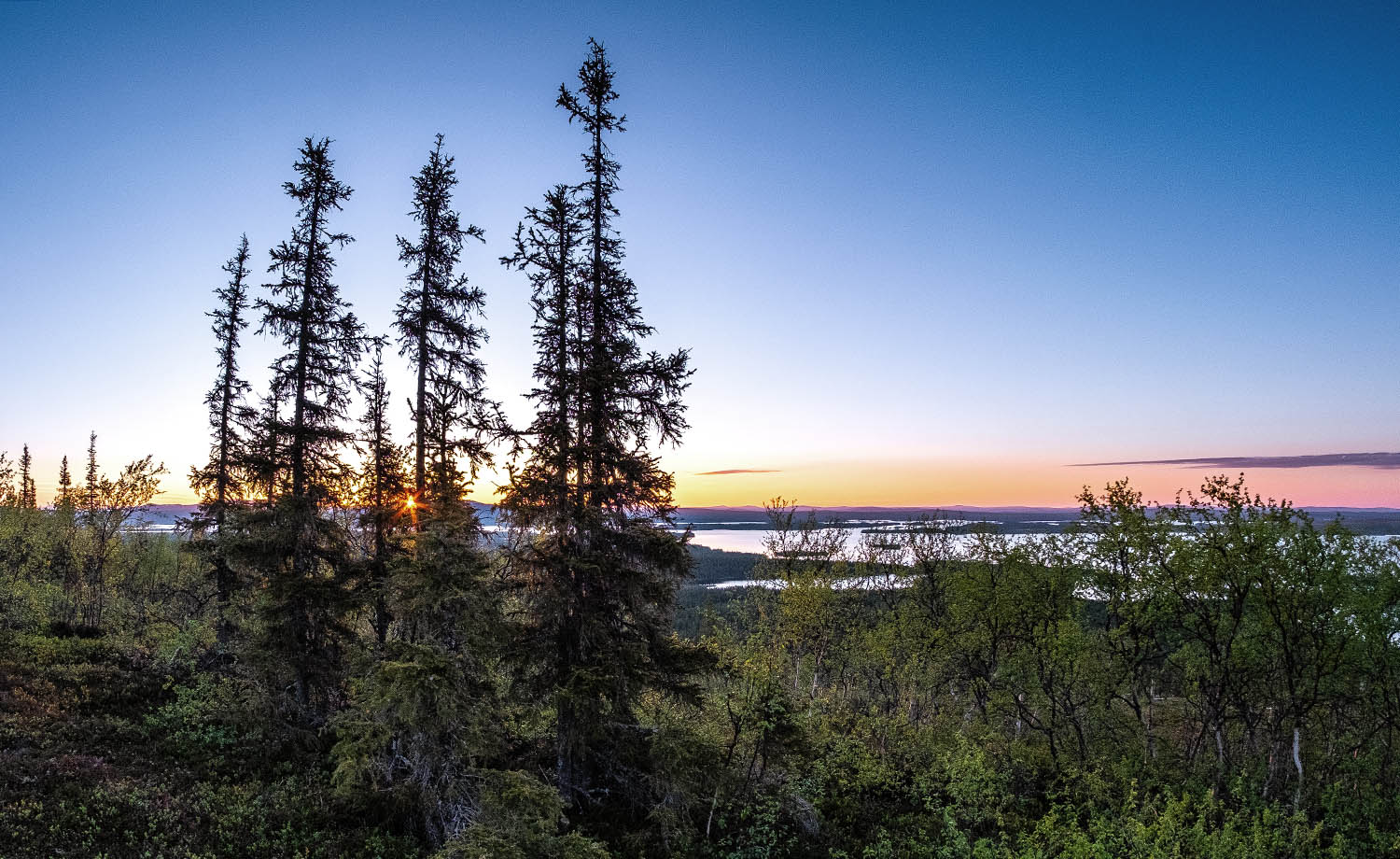 If it’s your first time visiting Swedish Lapland during the summer, you’ll notice that it never gets dark. You have entered the world of the midnight sun, and if you’re not used to it, it’s an extraordinary experience. The golden glowing light in the forest is especially beautiful and long-lasting through the Summer months, but beware, it might affect your sleep patterns.

The Arctic Circle marks the southernmost point at which the centre of the sun is visible during the June solstice. The summer solstice is the time of the year when the sun is always visible – the sun just never sets. In the northern hemisphere, the summer solstice falls around 21th of June and the farther north you are, the longer is the polar day.

In reality, the Arctic Circle is not an absolute border – you can see the midnight sun as far as 90 kilometres south of the Arctic Circle. There is also a slight variation from each year and varies depending on the topography.

The farther north you are, the longer is the polar day.

Beaivi – the goddess of the sun in the Sámi language, the sun is called Beaivi, but Beaivi is also the goddess of the sun and has a central place in Sámi mythology. Every year – back in the days – a white reindeer was sacrificed as an assurance that the sun would return after the long and dark winter. At the summer solstice, they tied together rings of leaves and flowers which was put up to honour the goddess. You could find this custom today in the traditional Swedish midsummer celebration – a tradition that might have pagan roots. If there is a historical link between the Sámi custom and the old Nordic, is not known, however.

It is also said that when the sun returned, they prayed for the feebleminded because they thought that mental illness was induced by the long and dark winter.

Warning: count(): Parameter must be an array or an object that implements Countable in /home/thefrie8/public_html/wp-content/plugins/opalactivity/templates/single-activity/content.php on line 53